SIMILES / COMPARISON AS PHENOMENON: SEMANTIC ASPECT IN THE STUDY OF ENGLISH COMPARATIVE PHARSEOLOGISMS

The article deals with the definition of comparison / simile considering a variety of approaches towards the study of the given issue. A number of scientific works on the analysis of the category do not cover all the aspects. As a such, at every step of scientific development new facets of the issue appear. The objective complexity of the simile encounters contradictions and diametrically oppositional opinions of the linguists. Сhallenges encountered on interpretation / translation of phraseological units are caused by complexity of internal form. The latter plays a unique and specific role in phraseological nomination. Comparativephraseologisms are multi-structural units, composed of denotative, significativeand connotative components. Cognition involves both intellectual and emotional processes. Dialectic unity of rational and emotional in consciousness and language is indispensably reflected by significative and denotative elements. While lexical meaning predominantly possesses significative and denotative elements, connotative element performs a vital function in phraseological meaning. However, it is hardly possible to state that connotation is the dominant element of phraseological meaning. Similes are of significant importance increation of imagery of the literary work. Moreover, they enable transmitting to the readers a special world perception pertinent to a text, author or character. Background and etymological origins of most idioms is at best obscure. This is the reason why a study of differences between the idioms of English and Ukrainian is somewhat difficult. But it also makes the cases, where background, etymology and history are known, even more interesting, moreover the choice of this theme is caused by the small studying of this question in literature and linguistics. Exploring the interaction between culture and language, examiningthe cultural components of phraseological units and analysing from an areal andlanguage-typological aspect and the communicational function of the information encoded in phraseological units is of great theoretical and practical significance. As phraseological units represent the national cultural worldview and mentality of peoples and nations, they play an important role in revealing variety of world map. Keywords: comparison, comparative phraseologism, connotation, image, internal form,phraseological meaning, simile. 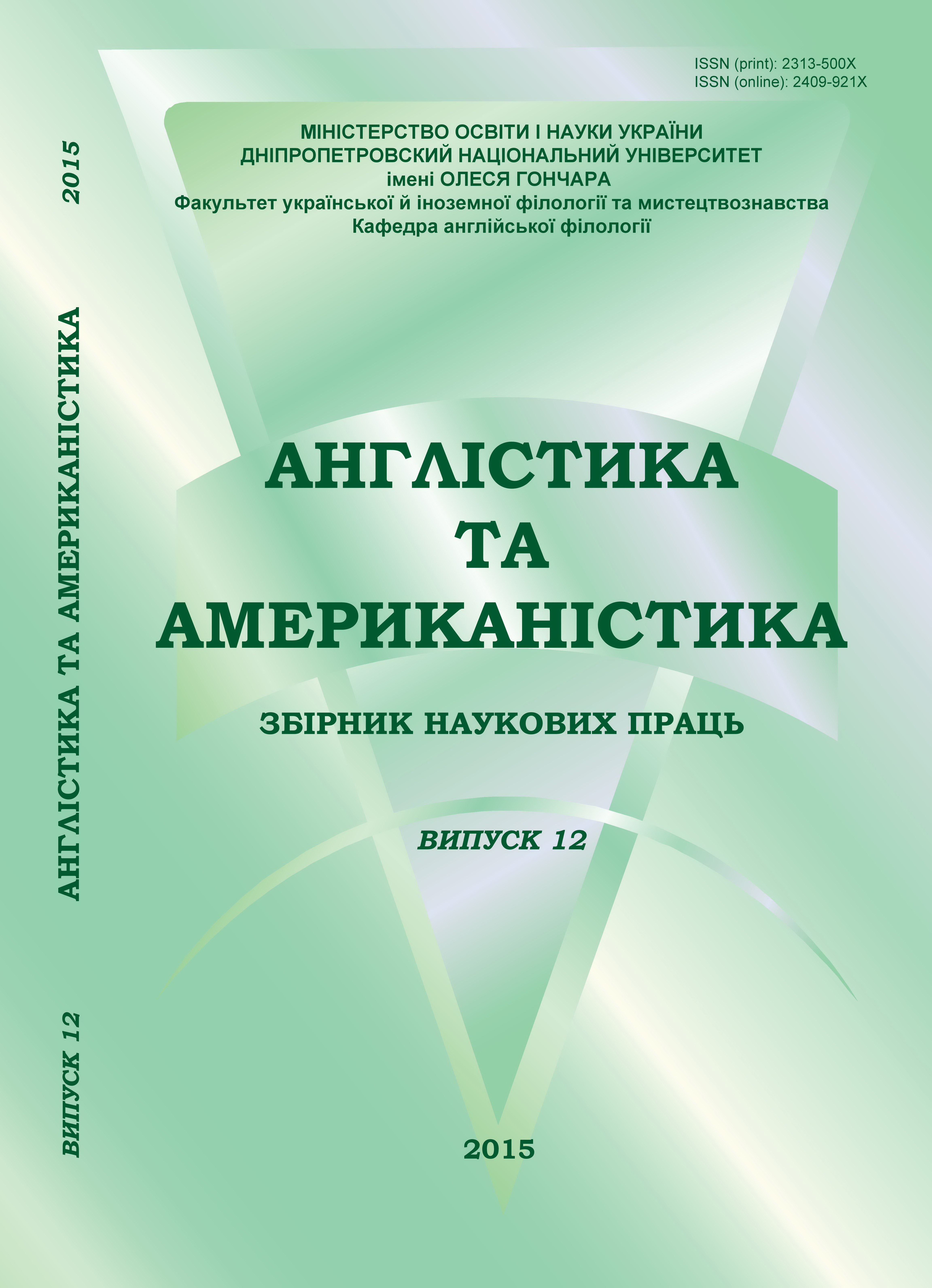 Published
2015-09-01
How to Cite
Tarasova, A. (2015). SIMILES / COMPARISON AS PHENOMENON: SEMANTIC ASPECT IN THE STUDY OF ENGLISH COMPARATIVE PHARSEOLOGISMS. Anglistics and Americanistics, (12). Retrieved from https://anglistika.dp.ua/index.php/AA/article/view/112
Download Citation
Issue
No 12 (2015): Anglistics and Americanitics
Section
Статті